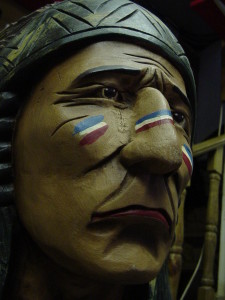 Design Elements and Symbolism of Native American Necklaces For Men

Different tribes had different Native American necklaces for men. This was a result of the different beliefs held by different tribes across different areas, and the designs and themes we know about today are a direct result of which tribes survived the longest and whose mythology and symbolism endured. For instance, the use of eagle feathers as symbols of bravery given to warriors who were victorious in battle has lived on, and some Native American necklaces feature those feathers as a mark of bravery.