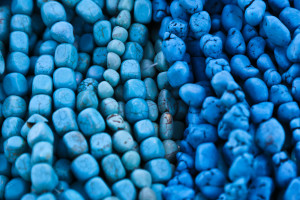 Native American necklaces are a very popular type of personal adornment. They reflect the cultural diversity of the tribal groups. The necklaces often contain elements borrowed from the neighboring nations with whom they traded.

Native necklaces reflect distinct aesthetics based in each nation’s cultural traditions. These necklaces are created for a wide variety of reasons. Some Native American necklaces are produced for adornment, ceremonies, and display while others are made for sale or trade.

Native American necklaces are an important element their communication. They are often a major statement of the tribal identity. Made from natural materials like animal teeth and bones, beads, fibers, metals, quill-work, precious and semi-precious stones, quill-work, shells, and wood,

Native American necklaces trace their origins from as far back as over 10,000 years ago. Archeologists have found remains of ancient Native necklaces in the Southwestern United States made from multicolored beads, shell, and stones. They have also found necklaces dating 5,000 to 9,000 years ago in Alabama, Louisiana and the area around Lake Superior. Native American necklaces which incorporated abalone, clam shells, conch, mother of pearl and oyster shell dating back over 1,000 years have also been found.

Researchers have also unearthed many Native American necklaces dating back to the pre-Columbian era. These necklaces incorporated turquoise and coral. The materials from which some  necklaces were made also show evidence of contact with Mesoamericans. Ceremonial Native  necklaces decorated with hair pipes that were commonly worn in powwows between 1880 and 1910 have been located also.

Remnants of intricate necklaces, decorated with teardrop-shaped shell pendants, claw pendants, bear teeth with inlaid pearls and purple whelk shells shaped like birds, ducks, fish and turtles made by the Iroquois, Seneca and Munsee have been unearthed.

As have Native American necklaces with Dentalium shells made by the Kwakwaka’wakw and Nuu-chah-nulth people. Necklace making has long been a respected art form among Native Americans. Southwest tribes have made Heishe necklaces since ancient times. Apache women often wore numerous necklaces made of abalone, beads, jet, plant roots, seeds, stones, and turquoise.